Tore Småmo (left) and Bjørn Sandvik inspect the damage Synne has done to the road leading to Lake Mosvannet.

When Synne came to Suldal

Being a hydropower municipality is profitable in more than one sense, something the residents of Suldal realised when the extreme weather 'Synne' struck.

Tore Småmo's phone beeped nonstop in the early hours of Sunday, 6 December 2015. Statkraft's production manager for Region South Norway was woken up by the regional operations centre in Sauda. A snow-covered landscape had been visited by heavy, dark clouds that loomed over Rogaland County's largest municipality, Suldal.

Through the night, the extreme weather system Synne had shown its violent force. The water cascaded into Lake Blåsjø, Lake Suldalsvannet and the other lakes connected with the Ulla-Førre hydropower plant complex. Down in the municipal centre, Sand, located by the mouth the Suldalslågen River, water that normally flowed at a rate of around 30 cubic metres per second was now rushing by at 280 cubic metres per second.

Småmo, who that weekend was also acting regional director, was alerted about the dramatic situation with overflow, leaks and landslides around and at the Ulla- Førre plants during the night.

"Mosvannet had risen more than a metre above the maximum level allowed in the reservoir under normal circumstances," says Småmo. "At the same time, a message came in regarding landslides on the road to Hylen hydropower plant, and measurements from the Oddatjørn dam showed a leakage value of 300 litres per second."

"We just had to roll up our sleeves and get an overview of the situation," says Sandvik.

The difference between Suldal and the disaster that occurred further south in Rogaland, is that the Suldalslågen River is part of a regulated watercourse with a large capacity. Synne struck.

Lots of Synne. Lots of damage

During this weekend, six weather monitoring stations in southwestern Norway measured 100 millimetres of precipitation. The extreme weather system Synne is said to have created a 200-year flood because floods of this calibre occur on average every 200 years in Norway. In Kvinesdal, the cemetery and countless basements were under water and roads were being closed. In the village of Feda residents had to be evacuated from their homes by tractors because of the floodwaters. The consequences were huge, with destruction and damage totalling over NOK 300 million. But residents in Suldal Municipality were spared.

"We had been monitoring the weather reports and knew the weekend was going to be very wet," says Småmo. "Already on the morning of Friday, 4 December we increased the intake to the maximum from Lake Suldalsvannet through Hylen power plant in addition to fully opening the bypass tunnel. We drained 550 cubic metres of water per second from Lake Suldalsvannet to Hylsfjord to build a buffer before the storm hit."

"I've never experienced the bypass tunnel being opened when the water level was so low in Lake Suldalsvannet, but it was the right thing to do with the weather forecasts we were seeing," says Småmo. "This was the way to avoid flooding for the residents along the Suldalslågen River."

"We also assigned extra resources in the operations centre in Sauda to monitor and forecast developments closely throughout the weekend," he says. "Together with the group dispatch centre and Statkraft's operational hydrologist at Lilleaker in Oslo, we prepared production schedules, pumping plans and tapping plans."

Discharge. At Hylen power plant, water flow through both the plant and the bypass tunnel was set to maximum before Synne came to Suldal. 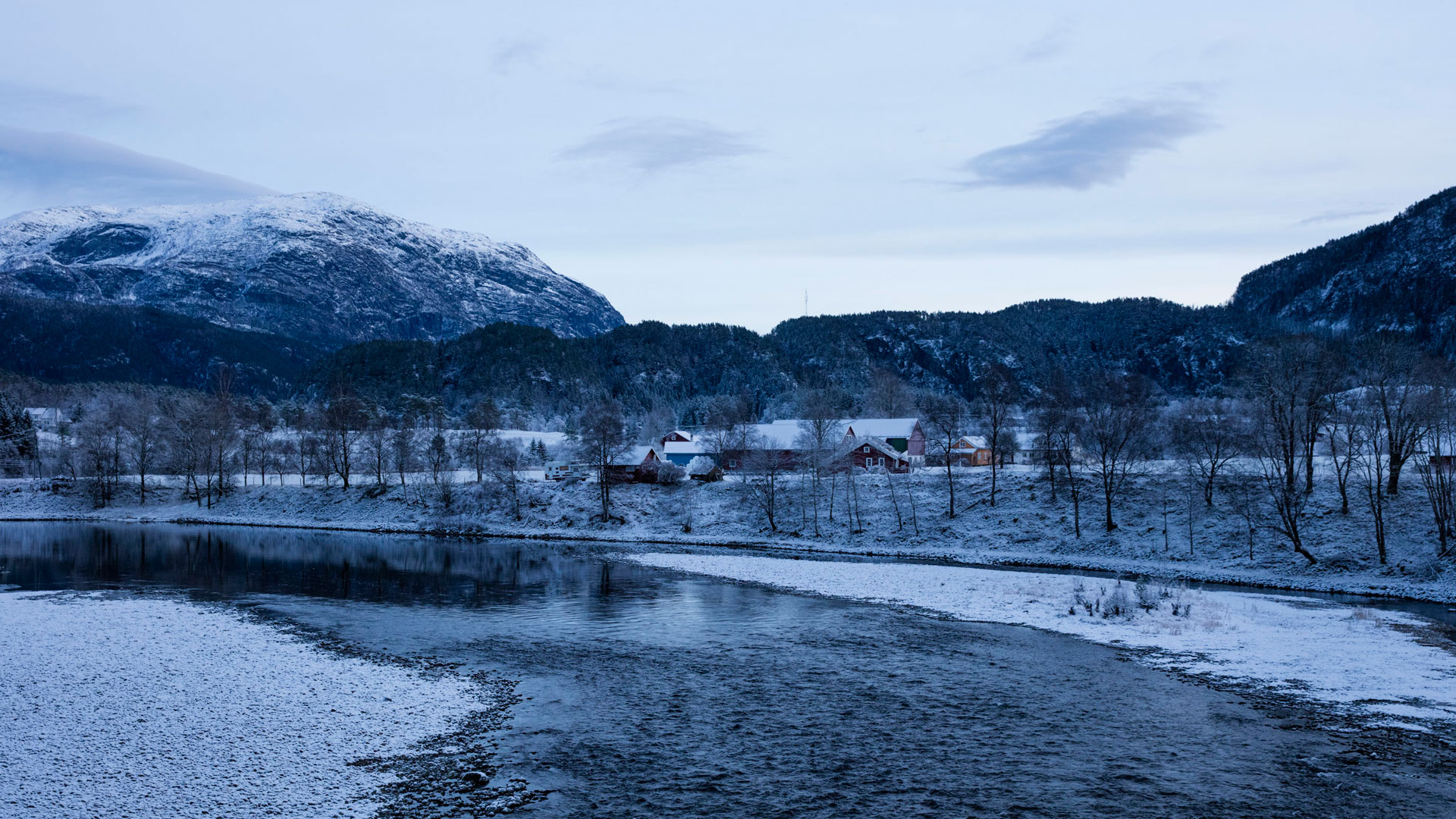 Ulla-Førre draws water from a 2 000 square km catchment area and is the largest hydropower installation in northern Europe of installed capacity. The homes closest to the water are located along Lake Suldalsvannet, which stretches over twenty kilometres and supplies water to both Hylen power plant and the Suldalslågen River, which empties at the municipal centre of Sand. Hylen power plant produces electricity via two large turbines, but has the ability to send water past the turbines through a bypass tunnel. "If we had not diverted water through the bypass tunnel at Hylen power plant, we could have quickly had 600 cubic metres of water per second flowing out of Lake Suldalsvannet and down the Suldalslågen River," says Sandvik. "This could have been very serious for the residents of the municipality, given the houses and roads located along the river."

According to Småmo, extreme weather is becoming more frequent, and floods now hit the region later in the year and sometimes during the winter.

"Only a year ago we experienced a similar storm," says Småmo. "Because we have drills and must practice flood control relatively often, we were well prepared when Synne came to visit. We effectively managed the extreme weather all through Saturday."

But the worst of Synne was yet to come, as Sandvik learned as he got into his car in the pouring rain on Sunday morning. He was on his way to the Ulla-Førre emergency room to meet the local staff and get an overview of the situation. The first order of business was inspecting Hylen power plant, Lake Mosvannet and the leakage measurement at Blåsjø dam. But getting to Hylen power plant to check that everything was in order would prove to be difficult. The road to the power station was closed due to flooding and landslides. In addition, the record high water levels in Lake Mosvannet made it difficult to inspect.

"In our contingency plans, there is a bridge on the county road considered critical in the event of flooding," says Sandvik. "So a crew was sent out to check the bridge before they drove over it. It was a good thing that they did, because it turned out that the bridge was undermined, although the pavement appeared to be intact. Had anyone tried to drive over the bridge, their vehicle most likely would have ended up in the river."

A new crew was sent to Lake Mosvannet from a different direction, while the original team alerted the road authorities and stopped all traffic on the road until emergency personnel could take over. After an inspection of Lake Mosvannet, the dam and the river downstream, it was concluded that it should be okay – as long as the storm eased up.

The leakage measurements at Blåsjø dam however, could not be physically confirmed. The solution was to study photos and surveillance video of the dam from the regional operations centre in Sauda.

"Using a snowmobile was considered too risky because of landslides, and the weather was too poor to use helicopters," says Sandvik. "But images from the leakage measuring hut in Oddatjørn dam showed that the water contained no sludge, which you would expect from a real leak."

After several hours of intensive emergency work, the crews from Ulla-Førre could breathe a bit easier by Sunday afternoon. The situation was under control, the rain subsided and the state of emergency cancelled.

Once again the inhabitants of Suldal made it through the storm, if not with dry feet, at least unharmed, and they can probably thank Ulla Førre for that.

Sandvik believes the regulation of watercourses is the single most important action that can be taken to reduce flood danger.

"The difference between Suldal and the disaster that occurred further south in Rogaland, is that the Suldalslågen River is part of a regulated watercourse with a large capacity," he says. "Had the area been unregulated, Synne would have led to enormous flooding." 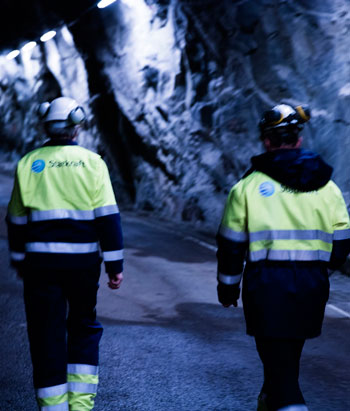 Inaccessible. When Synne raged at its worst, Hylen power plant was inaccessible for inspection. The plant exploits a fall height og 68 metres from the Lake Suldalsvannet down to sea level in Hylsfjorden.